Down in Roswell, Georgia, a mysterious publication called The Pamphleteer has begun to show up in people's driveways as covered by the Atlanta Journal Constitution. We've received many emails asking us about this, and to set the record straight, we are in no way affiliated with this pamphlet.

In other news, we'll begin distributing newsletters every morning during the week starting today.

As always, thank you for reading.

🌈 Chasing Rainbows Facebook declared that Donald Trump will remain banned from its platform for another two years until early-2023. How they arrived at this number is anyone's guess. The announcement came shortly after Trump announced the closure of his blog, which, if you're asking us, suffered because of how difficult it was to sign-up for. The Biden administration and those sympathetic to the cause are dead set on excising the phantom of white supremacy manifesting as "Domestic Terrorism," and they will create the enemy if it doesn't exist already. It's difficult to see Trump's persistence in the media as persona non grata du jour as anything other than a clear message to his supporters that they too are "fascist insurrectionists" who better declare their undying allegiance to the new social justice regime lest they find themselves subject to charges of high treason. It was only a matter of time before the CIA brought back the lessons they learned ginning up opposition to justify foreign wars to America. Presumably, it's cheaper to do it here than in Afghanistan. Probably greener too. And less racist.

🔋 Tony Stark Blues Tesla reported that sales in China plummeted by nearly 50% in May compared to April. The company swiftly adjusted the narrative when the news broke to spin it as a drop in Tesla's Chinese exports instead of a flailing expansion effort. In order to shore up Tesla's BTC reserves, Musk issued his ritual #Bitcoin troll which immediately dropped the price several percentage points. I suppose it would be—what's the word—conspiratorial to conjecture that Musk does these kinds of things on purpose. We're talking about the same guy who funded a coup in Bolivia (presumably with the help of the CIA) so he could get cheap Lithium.

💸 Money for Work States begin to experiment with offering money to people who take jobs and stick with them in order to alleviate labor shortages. The labor force participation rate remains flat and well below pre-pandemic levels indicating that demand for workers vastly outpaces available workers.

💰 Covid Fraud SBA watchdog saw a 20,000% increase in complaints during Covid-19. The fallout will continue for years. Most of the complaints regard PPP stimulus payments. The government will need a ton of bureaucrats to carry the load which is probably why they ruthlessly decimated so many small businesses.

🇸🇻 Bitcoin in El Salvador On the heels of Elon gaslighting the Bitcoin community, they are desperate for good news as evidenced by their celebration of El Savador's announcement that they will accept Bitcoin as legal tender. Tyranny not included.

🚔 Police Shortage In Asheville, NC, police won't respond in-person to low-level crimes such as theft, fraud, or trespassing. 84 cops have left the force since January 2020. Rumor has it they've been recommissioned to HR.

🇷🇺 From Russia with Love In an attempt to goad Biden out of the memory care facility, Vladimir Putin declared that Russia views the prosecution of the capital rioters as a human rights abuse.

🚽 Toilet Breakthrough The first women's urinal emerges from the UK. The creators claim that it is six times quicker to use than a traditional toilet which begs all kinds of questions.

Jerod Hollyfield offers a defense of a much maligned aspect of academia: tenure.

Bad Idea of the Day

🗞 Prior to the 2020 election, both Joe Biden and Kamala Harris expressed doubts about whether they'd take the vaccine. Harris went so far as to say that she didn't want to take it because she "didn't trust Donald Trump." Remember, reader, trust the science (Read)

🌎 Young adults question whether having children is a good idea in light of climate change. We don't need to offer an apologetic for having children here, but it's worth noting that if Climate Change narratives intend to demoralize, they are effective. We should seek positive visions of man's communion with the Earth (Read)

Have a great Monday 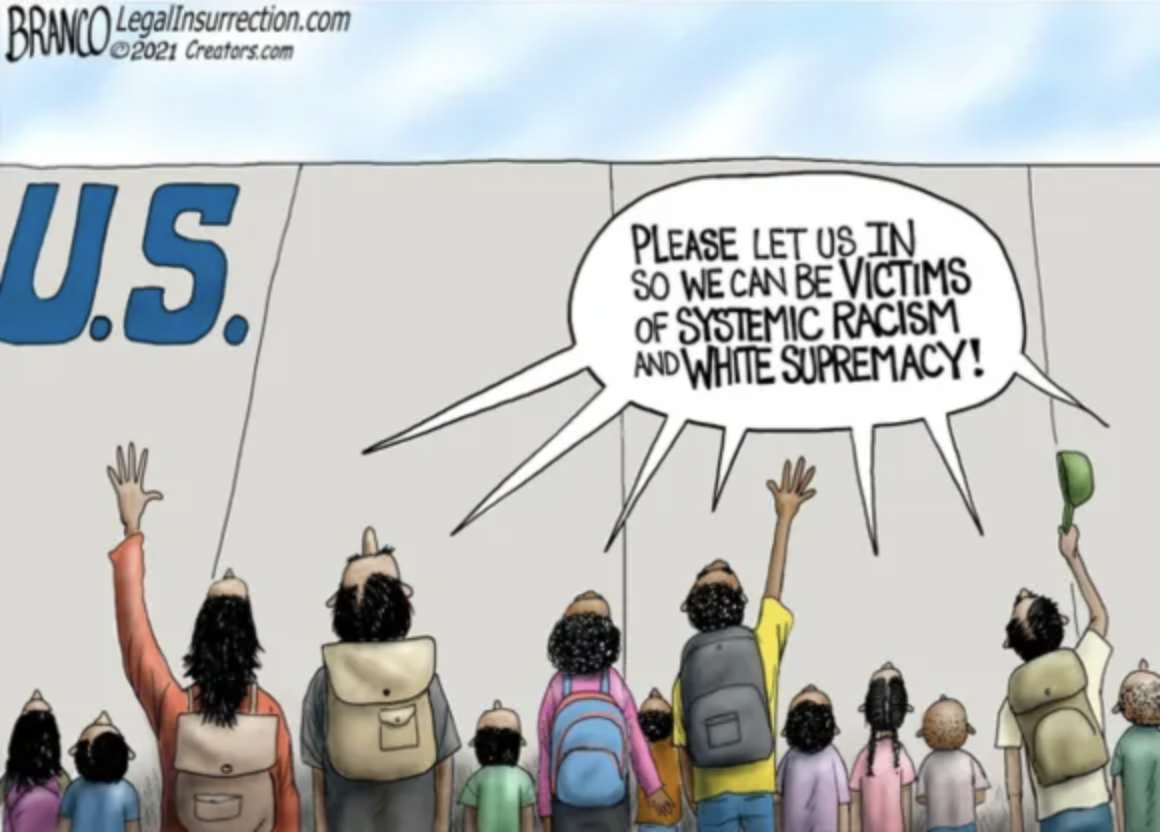