Momentum continues to gather behind the theory that COVID-19 originated in a lab in Wuhan. The Biden administration initially shut down the investigation started under Trump about the virus' origins, but Wednesday, they urged the intelligence community to produce a new report on the theory within 90 days. After intelligence agencies, tech companies, newspapers, and DC politicians all aligned to censor the spread of "conspiracy theories" concerning the origin of the virus, it's degrading to watch. We hear lots of talk of the "New Normal." Increasingly, that new normal seems to be a government completely void of merit run by a ruling class with no respect for its subjects.

🌎 Changes in Attitudes A good Twitter thread tracks the change in attitude towards the Wuhan origin theory by comparing headlines over the past year.

👊 Paul vs. Fauci Rand Paul's amendment to ban the National Institute of Health (NIH) from funding research in Wuhan passed the Senate. The sparring between Paul and Dr. Anthony Fauci the past few months has seen wide circulation. Fauci, at first, adamantly denied Paul's claim that NIH channeled funds to a Wuhan lab to research whether bat coronaviruses could be transmitted to humans. But, on Tuesday, he reversed course, conceding that the NIH did channel funds to Wuhan. Fauci's spine has the rigidity of a wet noodle.

🔒 Lockdown Denial Evidence of the ineffectiveness of lockdowns and the undue burden they placed on citizens continues to mount. An MIT data scientist revealed that "More restrictions in a state is NOT correlated with fewer COVID-19 deaths." But, heavier restrictions are strongly correlated with higher unemployment rates. Economic recessions are not side effects of novel coronaviruses.

🧂 A Grain of Salt COVID-19 is not the end of world, nor is it nothing. The fact is, it is a significant issue confronting governments around the world. But, it stands to reason that with wide vaccine availability and the relaxing of restrictions, the world will return to "normal" very soon.

With summer approaching, we hope you will make the most of it. Get out and see some live music. Actually build a raised bed. Throw lavish dinner parties. Commune with friends and family. Etc. The greatest rebellion against a world that wants you depressed, dependent, and weak is to live joyfully, independently, and with strength.

Chart of the Day 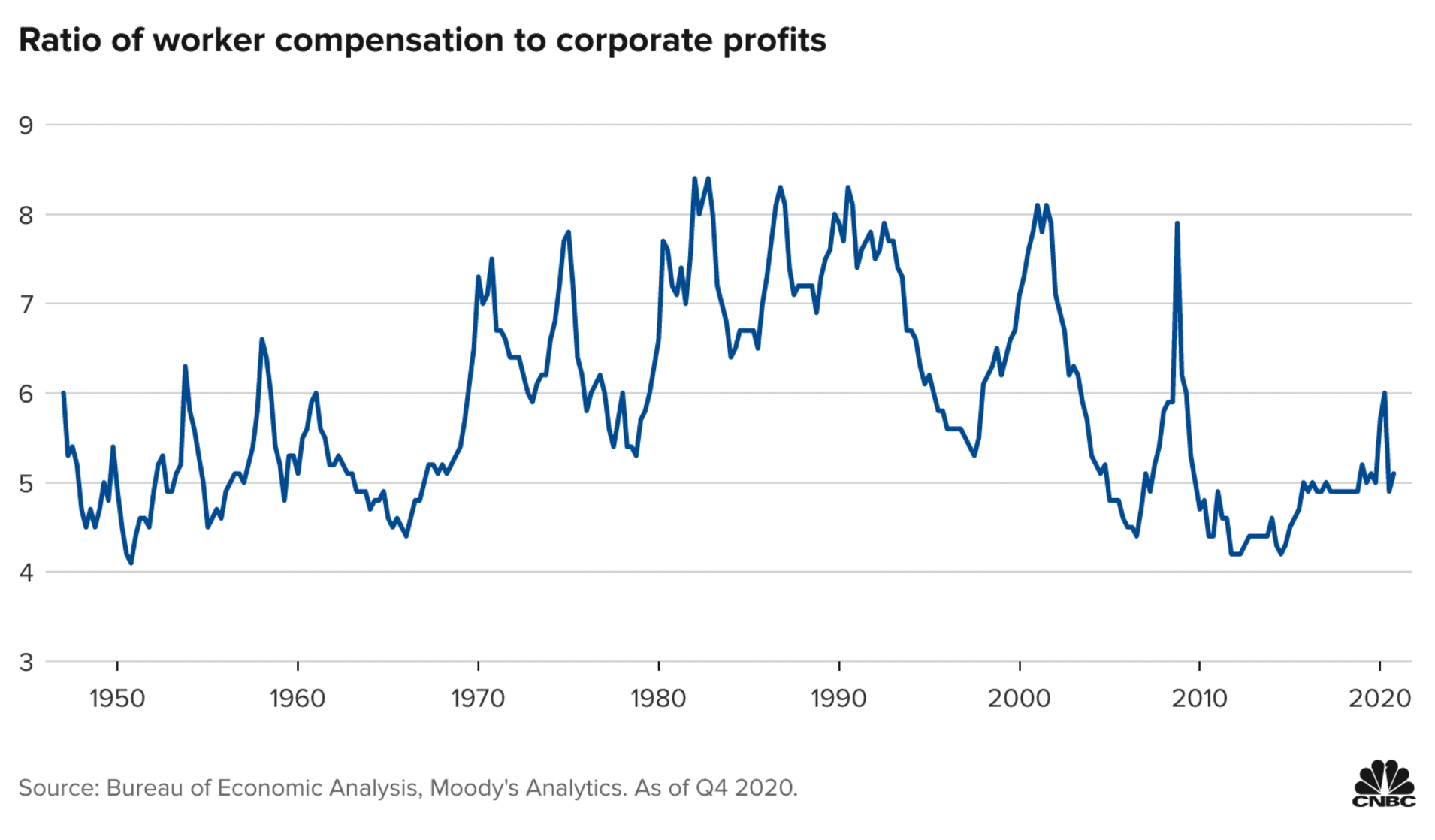 In response to lingering unemployment handouts, companies are raising employee wages. The 3% growth in wages during the first quarter is the strongest since the 1990s. During the 2000 and 2008 recessions, there was a notable spike in the ratio of worker compensation to corporate profits. Curiously, such a spike was absent from the COVID crash in March 2020 despite the market reaching an all-time high and unemployment levels going as high as 15%. The absence of a spike underscores the fact that government mandated business closures hurt service sectors and low income workers the most, further exacerbating the wealth gap.

🧟‍♂️ The Zombie Enlightenment enslaves us to a new religion. (Read)

Have a great Memorial Day Weekend! 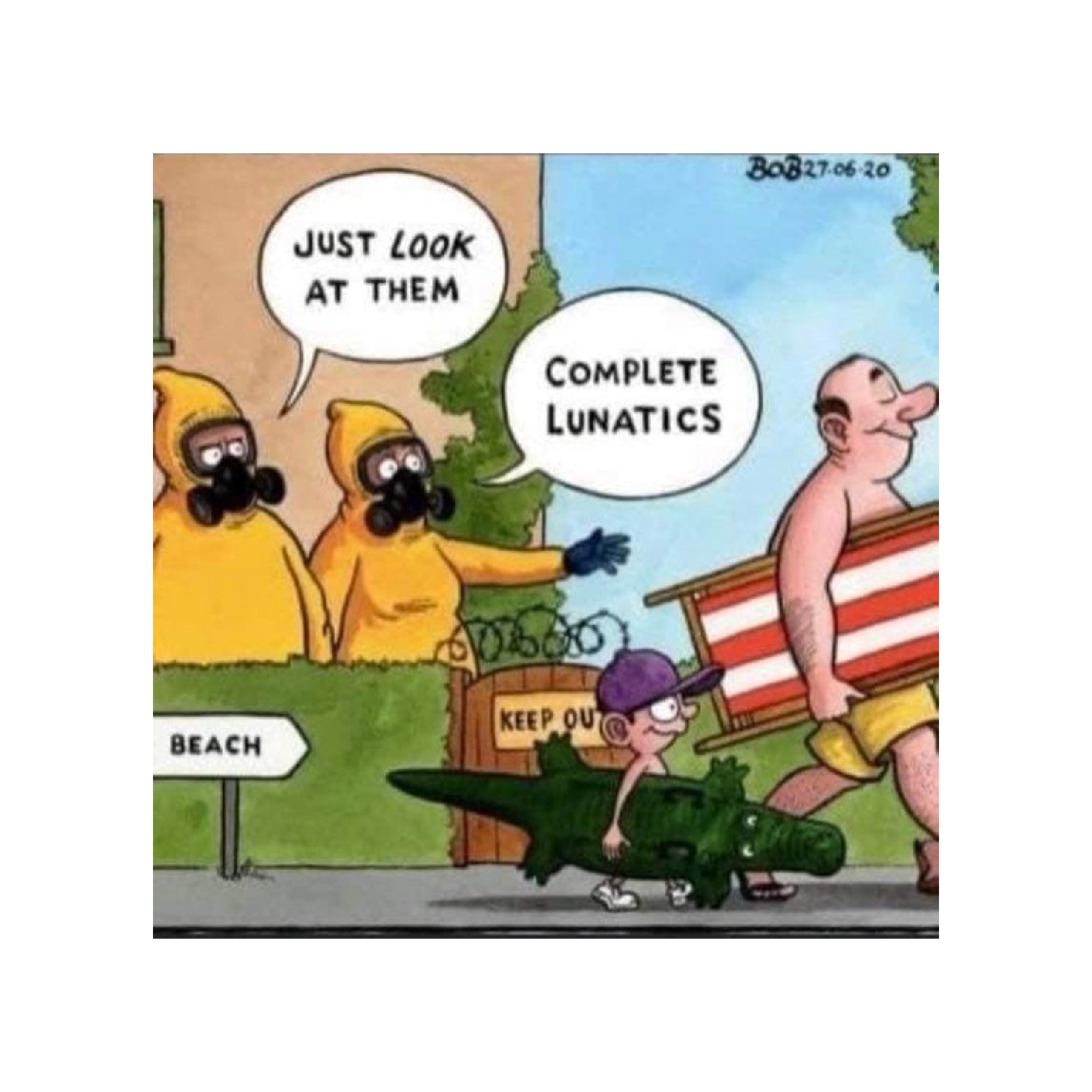